Roughly based on Linden sources 3.2.7 ish .. more or less .. touch some wood. R5 adds a couple of brand new things, fixes some rather important bugs and makes you hungry. Be gentle with it, like a swedish lady. Future bugs & feature requests can be posted on our Catznip JIRA. Highlights

Never loose a script you were working on because the viewer crashed or you got logged out. works with all scripts, everywhere.

A big push with some our chat overhaul features.

Cleaned up and tightened top status bar, especially useful if you prefer a minimalistic UI or just run the viewer with limited screen real estate (like on Kitty’s fancy ION netbook. Funny .. I’ve had a netbook 2 years now, but the moment Kitty gets one it’s suddenly important .. mutter mutter mumble). 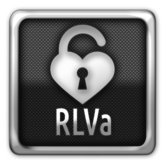 Aside from some pretty major FUI related bug fixes to RLVa, the big change here is SharedWear being on by default. SharedWear means that items placed inside a #RLV Folder do not need to be placed in attachment point named folders.